Singapore has a rather small number of ISPs(Internet Service Providers). There are around 4 major ISPs and all of them provide a router with each internet connection subscribed to. In most cases, each ISP gives out routers from only one brand they have liaisoned with. Since MAC addresses are unique for each router and a defined range of MAC addresses are assigned to each router firm, it may be possible to estimate the number of routers by each manufacturer out in the wild using techniques from the German Tank Problem. Note that the mac addresses are public and are broadcast such that any wifi capable device can pick them up.

Lets say tanks with serial numbers 1,34,64,100 were captured. It will not seem reasonable that there were 1000000 tanks because the number is so far away from the maximum number in our sample. Intuitively, we can guess that there are probably around 100 tanks out there. The tanks in the middle were just not caught. There is more information on the Wikipedia page which will certainly be more useful in understanding the nitty gritty statistical methods to get a fairly good estimate on the number of tanks.(actually its fairly easy to understand)

In order to get a sample of MAC addresses, perhaps war driving might be an option. A simple script on a laptop or phone can be used to log all the mac addresses. Using the sample of MAC addresses captured, all we have to do is to sort them out by router firm and then use them to estimate how many routers by manufacturer are there out in the wild! 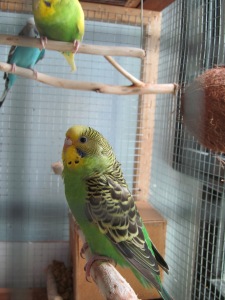 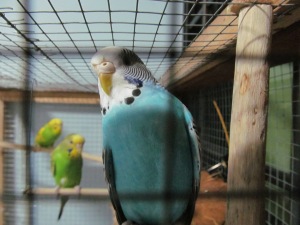 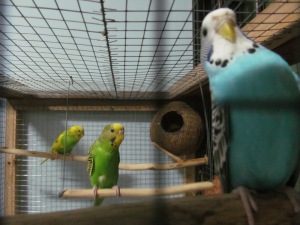 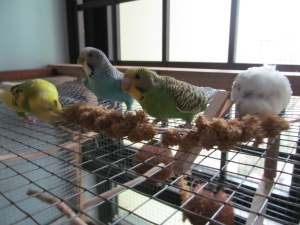 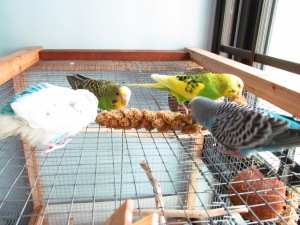 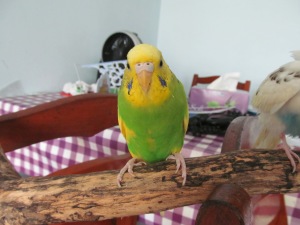 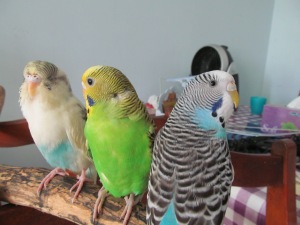 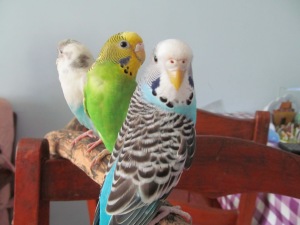 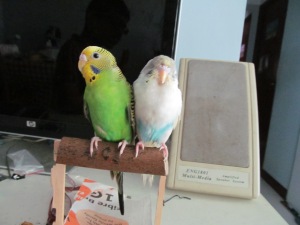 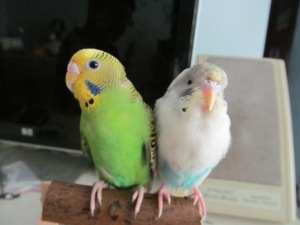 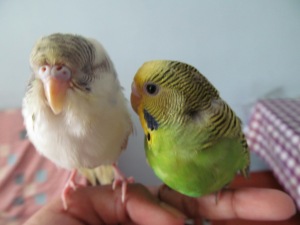 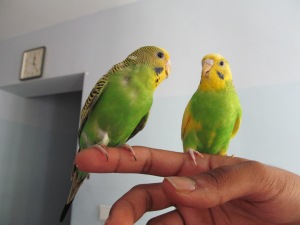 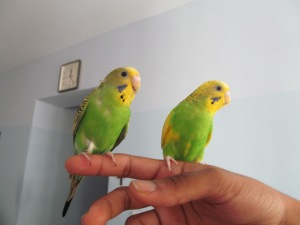 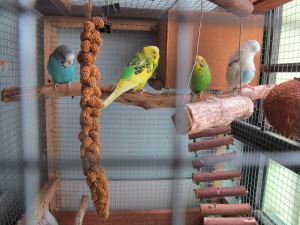 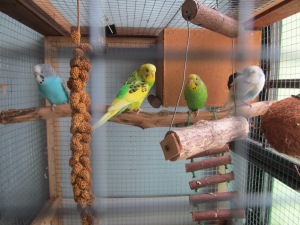 Budgies are truly the one of the easiest pets to keep in a house,especially if it is a cramped, small apartment meant to be shared with a whole bunch of humans. They are relatively easy to train and can be encouraged to step on the finger quite easily. Its rather simple to bribe these creatures; a piece of bread is absolutely irresistible to these creatures. Once one places a piece of bread inside you just have to watch them go! They tend to furiously rip the bread into tiny bits and dump them on the bottom of the aviary (Note: its not nice to call a bird enclosure a cage.It sounds way too restrictive). Anyway, there have been a number of people who have formed very strong bonds with their birds. Probably the mark of the closest bond would be when a budgie goes to sleep on the hands of their owner. Really cute to see this happening.

There are a number of groups on social media that helps connect budgie owners all over the world. The friendliest group is no doubt the Budgie Whisperers. Typical content posted there include excellent photos and videos. Content is added daily with quite a bit of fussing over the more adorable budgie photos in the comments section.

One of the interesting aspects of budgie ownership is that they do bring in a bit of nature’s sounds into the house especially if your apartment is in a high rise building. This is particularly pertinent in Singapore, a place where over 80% of the population live in high rise apartments. Those who have not lived in high-rise buildings may not realizes that living on top of the high tower actually makes you feel quite lonely because it can really get quiet up there!

Probably the best part about keeping budgies is their droppings. It does not smell, run like crow shit, or look that unsightly. The droppings tend to be compact flattened cylinders that are really easy to dispose off if they fall on a newspaper.

Below is a bunch of pictures of my Budgies! 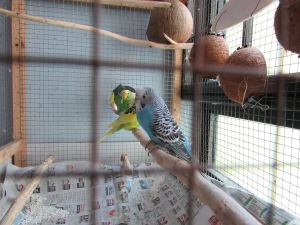 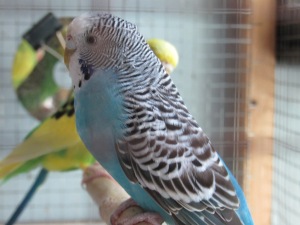 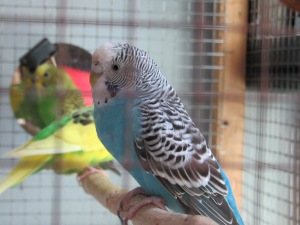 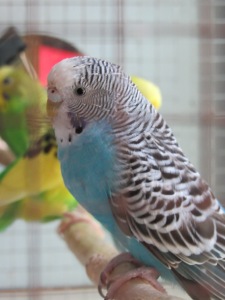 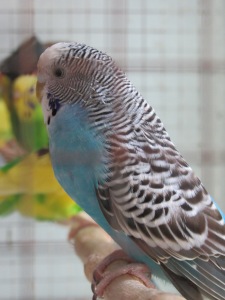 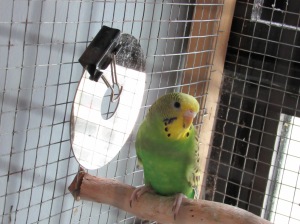 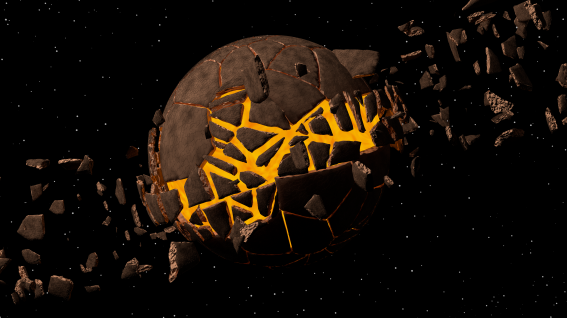 The animation software, Blender is truly a powerful animation software that you can get for free. It has a open source licence so passionate programmers can edit the application for the greater good of the world. The mild drawback is that the learning curve for learning how to handle the software is pretty steep. Fret not! There is a an uncountable number of Youtube users who have produced really really good tutorials that will help to get you on your feet. Excellent sources include the channel by Andrew Price(the towel in the picture below was created with a tutorial by Andrew),Tutor4u(the videos are quite simple yet very appealing) and Sardi Pax. Following the tutorials are really important for beginners because there is so much to learn in Blender. First and foremost, the whole application requires users to know a huge number of shortcuts. Most commands are linked to shortcuts on the keyboards, making the execution very quick and simple. The only problem is that users have to memorise the key placements. And it takes quite a long time to learn the functions. Nevertheless it still results are truly rewarding!

The exploding planet was created using a Tutorial by Tutor4u 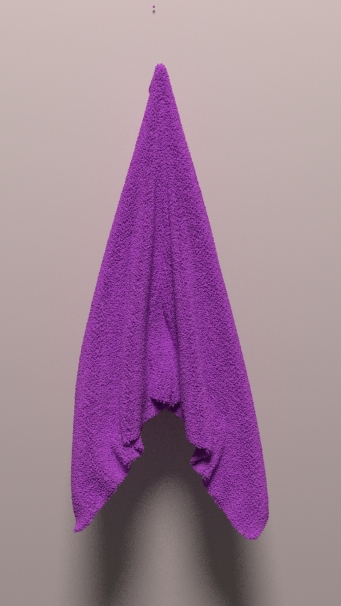 It has become very clear that for the longest time Germany has become the power house in Europe and in the world in general. German companies are famed for their efficiency, extremely high quality, eye for details and their comparatively low debt. One of the unsung aspects is the small and medium sized businesses,collectively named Mittelstand. Its roughly a philosophy that has its roots in the workshop culture of the pre-1800s age where family businesses were created to manufacture and sell products. The whole concept  continues to evolve with these small nimble companies sneaking into the niche areas and producing cutting edge products that much larger corporations are unable to fit into.

The most important aspect of these firms is that they keep their debt very very low. They are known to avoid taking loans even if it means slower growth for the companies. This leads to a significantly greater care when companies invest in more capital. Traditionally the investments are funded by company savings which are very precious, especially if they do not amount to much. The question is what would you do if you have to use your own savings to buy a house? You would have worked a great deal to earn that amount of money an indeed you would be really really careful about where your money goes. A bank loan never offers the same incentive to be really careful about the money.

Anyway, many of these companies have existed for more than fifty years in the hands of one family. There is a great deal of stability there as there tends to be a focus on one entity. It might have its downsides. A person who inherits the company may not be naturally gifted to lead the company. Nevertheless it removes most of the uncertainty surrounding the transition of leadership other non-family based businesses have to suffer. The central focus of the family might be sufficient to bring employees together because of the human value.

Whatever one may say about German Small and medium sized businesses, one has to acknowledge that they indeed are incredibly successful.

With no trace of doubt can one say that one of the best comic book series would be the Astrix series by René Goscinny and illustrated by Albert Uderzo. Truly magnificiant works of art that combine tonnes of wit and humour. Special mention must be made of the English translators , Anthea Bell and Derek Hockridge who brought the French humour over to the English language versions, often augmenting the content with entirely new english orientated jokes 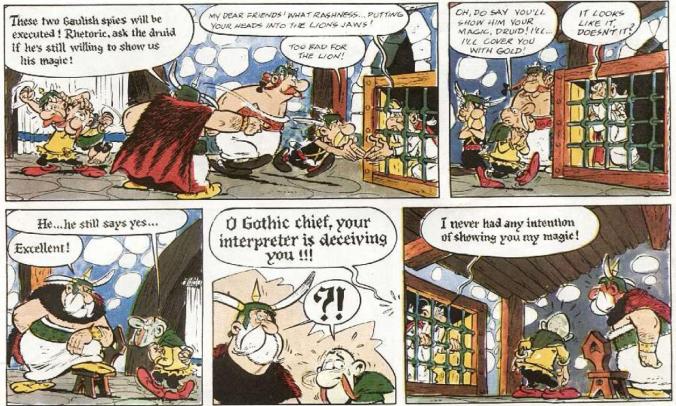